This short story about childhood won the other Derek Freese Award from Temple University’s 17th Annual Diamond Screen Festival. Contact information to obtain the latest rough cut can be found at the link above.

In these scenes, we had one Arri 2k outside the main window and 2 Arri 1k’s on the other. We had to angle them perfectly to match the beams of light (accented with a hazer) to simulate golden hour. We also had an Arri 150 up in the far corner on a cardellini as a hair light. 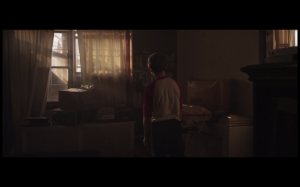 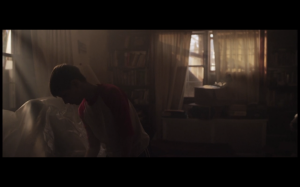 This next shot was part of the long take from above. We simply filled the window with a tungsten kino and Arri 650, diffusing with the curtains. 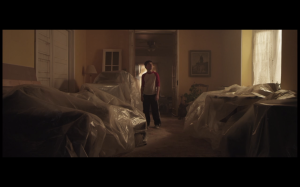 These next two shots took us a while to perfect because of the angle of the beams on the subject and bed. Most of the lights were actually outside on the roof with only one in the hallway right outside. We only used 3 lights : 2 outside (a 2k and a 1k) and a 1k par can in the hallway. 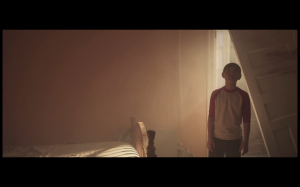 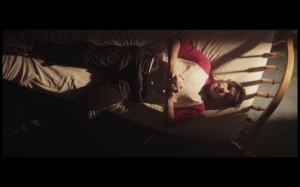 This next shot we also had 2 1ks outside with CTO on the windows. Also threw in low wattage practicals (incandescent) in the ceiling for hairlights. 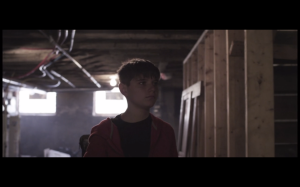 And this final example… Just catching the sun at the right time through the leaves – with the help of a hazer. 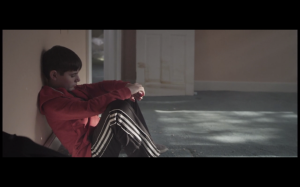